Two recent Employment Tribunal cases, one involving Face book and another one with Twitter have one clear message in common for modern employers – the urgent need to have clear up to date, precise policies and procedures in place about the use of Social Media at work.

Both the cases profiled below could have been lost by the employer had they not previously taken proactive policy steps to keep up to date with an ever changing scene.

Face Book
The Face Book case arose from an unfair dismissal claim. The Employment Tribunal held that a pub manager was fairly dismissed for gross misconduct after she made inappropriate comments on Face book about two customers who had verbally abused and threatened her.

The Face Book chat took place while the employee was at work and did not reflect her upset or anger at the customers, but appeared to be a joke between friends.  However, a wider audience was able to look at her Face Book page, including relatives of the customers in question. She told the court she should not have been sacked as she had thought that her privacy settings meant only “at work”.

But the court said her behaviour was found to be in breach of the employer’s clear Social Media policy which specifically referred to use of media such as Face Book while at work. It was found that the employee’s conduct had lowered the reputation of the employer and resulted in a fundamental breakdown of trust and confidence.

The Employment Tribunal found that the employee could not assert her right to freedom of expression and that the action taken by the employer was justified in view of the risk of damage to its reputation and the clear way in which the policy was linked to her contractual terms and conditions.

However, the case could have gone the other way had the pub chain not had Social Media policies and procedures in place.

All managers, businesses and organisations need to ensure that they are fully conversant with how when and where social media can be used by employees and have robust policies and procedures in place to support this.  Concrew Training’s one day good practice training course “social media at work – rights and responsibilities” provides this essential knowledge and understanding

Twitter
And in part for the very same reason, the Employment Appeal Tribunal (EAT) has just overturned an Employment Judge’s decision in a Twitter case that an employee was unfairly dismissed after posting offensive tweets.

The male claimant was employed as a risk and loss prevention investigator with responsibility for investigating losses and theft, for around 100 stores. Like many companies, his employer used Twitter and other social media for marketing purposes. Each of the 100 stores had its own Twitter account which was administered by each store manager.

The claimant used his own personal Twitter account to monitor the stores for which he was responsible to see if anything happened with their communications that was unacceptable. Of the 100 stores which he followed, 65 followed him in return after one store manager recommended that they should all do so by way of a tweeting endorsement.

The claimant started to use Twitter as a way to vent his frustrations at various non-work related issues, using highly offensive language. One of the store managers who followed him brought these offensive tweets to the employer’s attention. Following a disciplinary hearing, he was sacked for gross misconduct on the basis that he had posted “offensive, threatening and obscene tweets” which were available in the public domain.

The first Employment Tribunal decided that the decision to sack him was unjustified for the following reasons:-


But the Employment Appeal Tribunal subsequently allowed the employer’s appeal on the finding of unfair dismissal.

They ruled that, in respect of various aspects of his reasoning, the first Employment Judge had either impermissibly substituted his own view for that of the dismissing employer, or had reached a decision which was perverse on the evidence.

For example, the EAT was dissatisfied with the Employment Judge’s reasoning that the employee was only using Twitter for “private” purposes  when the reality was  that he  was followed by 65 of the 100 stores and had not set his account to “private”.

And again, as in the Face book case, judges drew attention to the presence of clear social media policies covering the workplace.

But  this case could have gone another way because of the fact that the claimant’s personal Twitter account had been followed firstly by one store manager with a clear endorsement sent out by that boss to the other 99 managers that they should do so -64 of them did.  That endorsement from the single store manager created an “association” between the employer’s and the claimant’s account.

A sharp reminder that any  policy must be tangible and comprehensive enough to deal with the “grey areas” between personal and professional use of social media at work.

Concrew Training’s lively one day “Social Media at Work – Rights and Responsibilities” course covers all the latest case law and will enable you to either introduce or review your in house policies procedures from both an employment and service delivery perspective.

Popular posts from this blog

Working with Volunteers - 10 Tips for Success 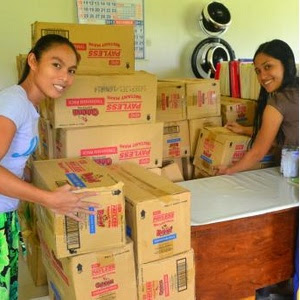 WORKING WITH VOLUNTEERS - 10 TIPS for SUCCESS With the recent requests for volunteers to help in the fight against the #Corvid19 #Coronavirus and provide support to those in need locally, we thought it might be useful to highlight the insight and feedback we have gained through our #training courses and workshops on working with #volunteers. What made it a Good Experience for Volunteers? ·          Felt part of Workforce / Project ·          Not exploited – no discrimination ·          Matched my   skills to the opportunity ·          Valued –   felt welcomed from the start ·          Took account of my interests ·          Offered opportunities to further my interests ·          Good information / communications ·          Structured programme – not drifting What made it Bad Experience for Volunteers? ·          Lengthy time gap between applying and doing! ·          Formal processes were tedious and put people
Read more

Modern Slavery - time for a re-think?

Modern Slavery – Time for a re-think? The Modern slavery Act requires organisations operating in the UK, with a worldwide turnover of £36million or more to publish details on the steps they have taken in the last 12 months to remove #slavery and human trafficking from their supply chains. Awareness training and supply chain audits are often key components. Many organisations cascade these duties to their suppliers but the number of recognised victims continues to rise and at a staggering rate.      The legislation just doesn’t go far enough.    Modern Slavery is not limited to high volume production in far off lands, such as face masks, much of it is here today; right under our noses in small scale business. It is often found in agriculture, factories, cleaning, nail bars and hand car washes but no business is immune. All businesses and organisations need to raise awareness of the suffering modern slavery brings, teach people what to look out for a
Read more